Gloria Bateman, a SNAP Outreach Coordinator, has been on the job for over eleven years. She has met hundreds of people, but one story stands out in her mind. 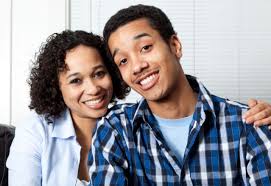 She remembers Joni, one of the first clients she met when starting her career. Joni was a veteran and at that time, was applying for Social Security Disability to supplement her VA benefits that could only provide so much for her. After a lengthy process, Joni was finally approved for disability benefits that helped provide for her and her son. But even through she stretched the funds given to her as best as she could, it didn’t leave a lot left over for food on the table.

Veterans are very proud people and are much better at giving of themselves than receiving. It took Joni over ten years to ask for help. In just the past six months, Joni came into the food pantry and finally signed up for SNAP Benefits and it was immediately apparent that she felt a little less stressed about her situation.

Joni’s son has now graduated from high school and is attending trade school with the hope of bettering their lives. It is through the hardships that hopefulness endures. 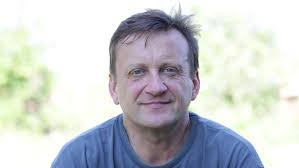 Peter Engelhard, also a SNAP Outreach Worker, remembers David, a client who recounted his story while applying for SNAP Benefits.

David had previously had a job making $18 per hour, but ultimately, had to quit his job in order to take care of his parents, both of whom were suffering from dementia. Since David wasn’t a paid caregiver, his income went to zero. The SNAP program was able to provide the food he needed to stay healthy in order to give his parents the care that they needed.

The benefits from SNAP provided David with the aid he needed during this difficult period of time in his life and is a blessing for many individuals like him who just need a little extra help. David is now able to return to the workforce but will always be grateful for this program that sustained him.

PARACHUTE: CASA (Court Appointed Special Advocates)
ANYTHING IS POSSIBLE IF SOMEONE CARES… 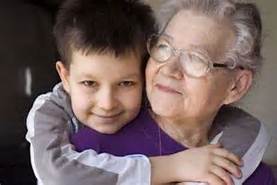 In child abuse and neglect cases, Grandparents are often called upon to provide custodial care for their grandchildren. Parents of the children are sometimes unable to provide proper parenting due to drug abuse, domestic violence, criminal behavior or other issues. Thanks to partner agencies like PARACHUTE: CASA, guidance, encouragement, and continual support are provided to these caregivers so they have the mental and physical strength to step into these roles. Here is an example:

Two little boys (ages 3 and 6) were placed with their paternal Grandmother following a domestic violence incidence where the 6-year-old boy had been badly hurt -- enough to require hospitalization and extended rehabilitation. Although her heart was willing, the Grandmother was not sure if she could provide all the care that was needed for the two children as it had been many years since she was a parent to little children. In addition, her husband had recently passed away and she was now living alone and felt uncertain about dealing with so many confusing and overwhelming details. Sadly, the mother and father of the boys were both unable to stop using drugs and were no longer in contact with the children; the father was incarcerated and the mother’s whereabouts were unknown.

With the help from a trained CASA volunteer, the Grandmother took on the critical responsibility of caring for her grandsons. CASA helped her to navigate the system, providing guidance on everything from explaining the process of court hearings and applications, to helping to complete paperwork that was needed to enroll the children in therapeutic preschool and elementary school, to helping obtain medical assistance as well as help in processing medical documents, to assistance in understanding school bus schedules, obtaining school supplies and even car seats suitable for the boys. The CASA volunteer helped the Grandmother to get in touch with the appropriate medical staff, social workers, lawyers and school staff. Whatever guidance the Grandmother needed, CASA was there as a ready resource and support system.

Following the initial establishment of the boys in the paternal Grandmother's home, the CASA volunteer continued to monitor the boys’ circumstances and well being with home visits, school contacts and even attended court hearings as needed. As part of the ongoing support, CASA maintained reports on medical care, counseling and school meetings. Just four months after the original placement of the boys with the Grandmother, the CASA volunteer was able to report that the older boy’s injuries were healing nicely and both children are now enrolled and excited about upcoming school activities!

The Grandmother now has legal custody of the two boys and is forever grateful for the CASA volunteer’s caring advocacy services over the past 18 months since she took her grandsons into her home. She credits CASA with giving her the strength and support that she needed to help the boys through such a difficult time. 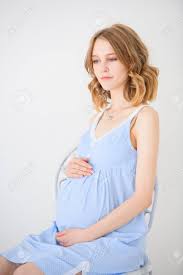 Sara B. was referred to the Sojourner Recovery Services’ Perinatal Program by her OB/GYN.  Sara was 21 years old, single and had a 9th grade education.  She was 5 months pregnant with her first child and had no contact with the baby’s father.  At this point, Sara was living at home with her mother and 6 siblings, all younger than Sara.  During her last prenatal visit, Sara had tested positive for opiates.  Her physician discussed her results and suggested she meet with the Sojourner Perinatal Program Director for education and intervention.  Sara was embarrassed, scared of what harm she had already done to her unborn baby and fearful of talking about her substance use with strangers.  Sara faced her fears and agreed to talk to Sojourner.

At the next prenatal appointment, Sojourner staff met with Sara.  The drug and alcohol educator explained about the risks to her unborn baby if she continued down the path of substance use.  Sara was scared, but she talked about her addiction.  Sara was using heroin on a daily basis along with alcohol.  Several weeks before, Sara’s mother told her that she would need to leave the house at the end of the month if she continued to “get high”.  Sara was going to be homeless in 3 days.  Due to Sara’s substance use and pregnancy, a drug and alcohol assessment was scheduled for the next day.

Sara was admitted to residential treatment at Sojourner Recovery Services the same day as her assessment.  After meeting with the doctor, medication assisted treatment was also recommended. Scared, reluctant and feeling ill due to withdrawal symptoms, Sara entered the Sojourner women’s facility.  Sojourner staff continued to work with Sara and referred her to WIC.  WIC is the special supplemental nutrition program for women, infants and children.  WIC helps eligible pregnant and breastfeeding women, women who have recently had a baby, infants, and children up to 5 years of age who are at risk due to poor nutrition.  Along with the WIC referral, Sara also received help from Help Me Grow.  Help Me Grow is an evidenced-based program that promotes healthy growth and development for babies and young children.  Sara was referred to additional local agencies for assistance with her pregnancy and parenting needs.  Transportation and financial assistance were provided through Butler County Jobs and Family Services.

During her time spent in residential treatment, Sara learned how to express her feelings and concerns in healthier ways.  Her coping skills were addressed and Sara received help to replace the negative and unhealthy ways to deal with life stressors and struggles with more positive and healthy ways.  Sara enrolled in a parenting class and started in a GED program.  She delivered a healthy baby girl and successfully transitioned in Sojourner’s Intensive Outpatient Treatment.  Sara moved in with her aunt and uncle who were supportive of her new lifestyle.  She has built a strong sober network and attends NA/AA meetings four times a week.

Sara’s baby girl is thriving due to her hard work, motivation and the help of several local social service agencies.

Please visit our volunteer
portal for more information
regarding all available
volunteer opportunities.